We developed a phase-field model with the kinematics of crystallographic correlations fully encoded for complex multiply-twinned grain boundary networks.

Using these simulations, we demonstrated that 3DOF energy metrics are fundamentally insufficient to explain the observed stability of large twin-related domains (TRDs). We also revealed the intrinsic flaw in mesoscale simulations of grain growth reported in the literature; a full 5DOF energy metric for grain boundaries is required if these systems are to be simulated accurately.

The project aims to understand the laws that govern grain boundary network evolution under heat and radiation. This includes coarsening or the gradual increase in the average grain size. Coarsening destroys the material's ability to absorb radiation without degradation, but it can be dramatically slowed by including so-called "special" grain boundaries. Yet the laws of network evolution are only well understood for the extremely simplified case where all boundaries are equivalent—in other words, all aspects of the microstructure are isotropic. In our case, we must contend with boundaries of a variety of types that require a full five degrees of freedom (DOF) to describe their properties. Simplified models that use only three DOFs or simplified binary classifications dominate the literature. Further, real grain boundary networks are far from random, being organized into twin-related domains (TRDs) with strong constraints from the underlying crystallography. We developed simulation methodologies that handle realistic TRD structures and complex boundary classification, including 5DOF energy functions. The results are so strongly dependent on these new developments that we contend that the simplified evolution models prevalent in the literature are practically meaningless for the materials we are considering.

Variations of surface energy as a function of plane orientation can be described by a set of deep grofs (grooves, trenches) intersecting at cusps. This picture inspired us to hypothesize that variations of interfacial energy in the 5D space of its geometric parameters (three parameters for grain misorientation plus two parameters for interface plane inclination) are organized in a similar fashion. We then used published data of the atomistically computed energies' 388 geometrically distinct boundaries to verify the grof hypothesis for four FCC metals (Ni, Al, Cu and Au).

We have shown that energy variations are indeed consistent with the grof hypothesis, based on which we have defined a hierarchical interpolation function that approximates the energy of an arbitrary boundary by its proximity to grofs in 5D. While not exact, this is by far the most accurate description of GB energy anisotropy in existence today. Most remarkably, most numerical parameters defining the GB energy function are found to be identical for all for metals, with all metal-specific variations from one metal to the other described by just two metal-specific parameters. 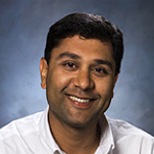 Principal Investigator for Mesoscale Simulations of Coarsening in GB Networks